It wasn’t until my pattern making faculty explained at NIFT, New Delhi did I know that men and women button their shirt differently. In men’s shirt, the buttons are placed on the right (placket) of the shirt whereas the opening placket (buttonholes) falls on the left. When buttoned, the left placket sits over the right placket in a men’s shirt. However in a women’s shirt, the buttons are placed on the left placket and the opening placket with buttonholes falls on the right side of the shirt.

That particular detail in buttoning a shirt majorly demarcates a man’s shirt from that of a woman’s. Getting that particular detail wrong in garment construction lab would mean that our marks were at stake. Apart from cut of a garment, most clothing details which vary according to gender are a direct result of sexism and varied gender roles in history. Every morning when a man or a woman wake up and put on a shirt, they’re knowingly or unknowingly wearing subtle remains of gender dichotomy that openly masquerades in our everyday lives. As harmless or insignificant as it may seem, the custom of gender specific buttoning only mirrors the sexist social roles of both men and women in past.

It’s more convenient for the right hand to hold and slip the button into the buttonhole in left side. Since most men were right handed, the buttons in standard men’s shirt were naturally placed on the right side of the shirt placket for comfort and ease. In Medieval history when buttoning gained prominence in dress making, buttons were expensive accessories which only few wealthy families could afford. The rich women who could pay for buttons were mostly dressed by maids. Since most maids were right-handed, this made it easier for someone standing across from you to fasten the buttons when in left side of the shirt.

The sexist gender roles of past have silently dictated a tradition that’s continued till date when buttons are now manufactured cheaply and people are more likely to button themselves than use a maid. Over the years gender specific clothing norms are established: Any shirt, jacket or coat with left-over-right flap orientation is masculine and the vice versa is feminine. As a rebellion to the gendered clothing norm, I designed a gender neutral jumpsuit which aims to UNBUTTON THE FASHION INEQUALITY by rejecting a button placket and calling out the sexist gender politics involved in buttoning a shirt! 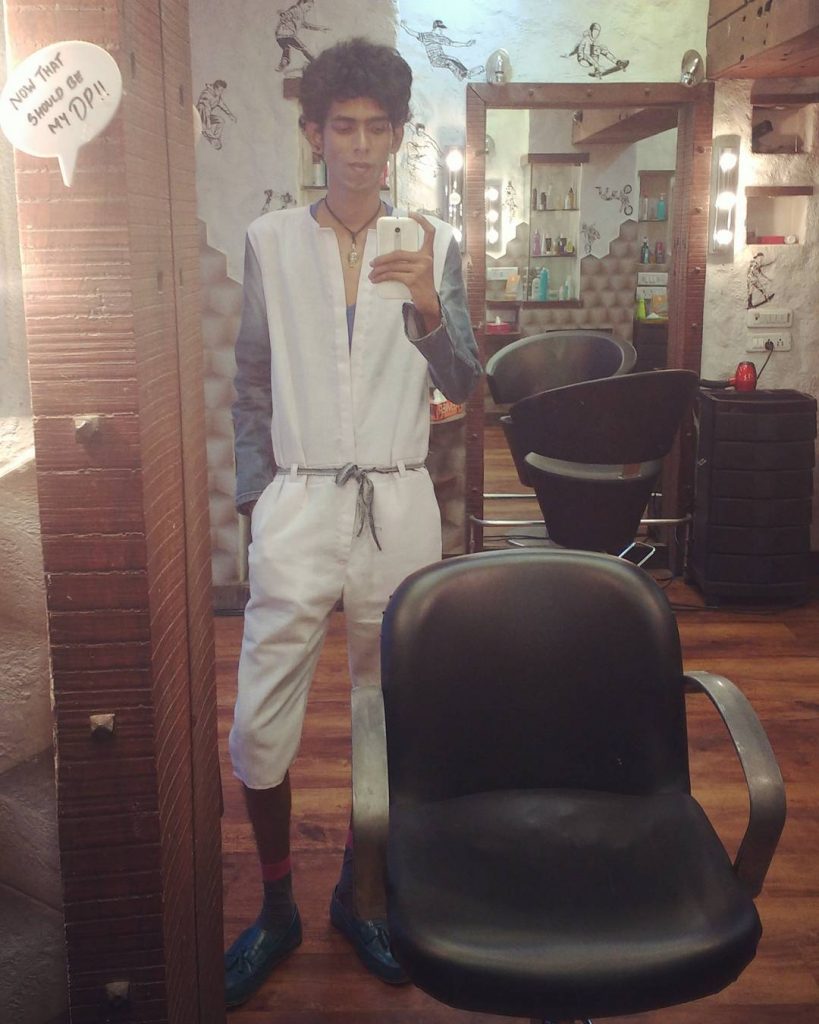