Awareness on body image issues has been a one-sided so far with primary emphasis on females. Not many dare to talk about body image issues in men. Since 1970s there has been great development in raising awareness about how gender norms have created inequality in society. However, these issues are mainly pointed out by women’s movements and there’s a strong preconceived notion that gender issues are issues about women. Unfortunately we’ve established the idea that social status of men is normalcy and gender issues are about how social status of women deviates from the norm. This isn’t true. Even men are subjected to stigma and pressure due to gender norms of masculinity and femininity.

From pear shaped bodies of Renaissance era to size-zero supermodels of modern era, there has been differences in perception of what’s an ideal body for women. In contrary, from Michelangelo’s David to Hollywood’s biggest box-office star Dwayne Johnson, the image of an ideal man’s body remains unchanged throughout the course of history. As a result, strong stereotypes are set up over centuries and today, men are subjected to higher levels of societal scrutiny when it comes to bodies.

Ancient Greece is one of the earliest and clearest examples where perception of an ideal men’s body was established. The emphasis on the ideal male body can be pictured from portrayal of male gods who were depicted as muscular with great concentration on proportions and symmetry. Majority of Athenian gods like Apollo for example, is often described as a handsome man in literature and portrayed with broad chest and visible abdominal muscles in images. Thereby, ancient Greek society established the ideas that the symmetric muscular athletic body is godlike. 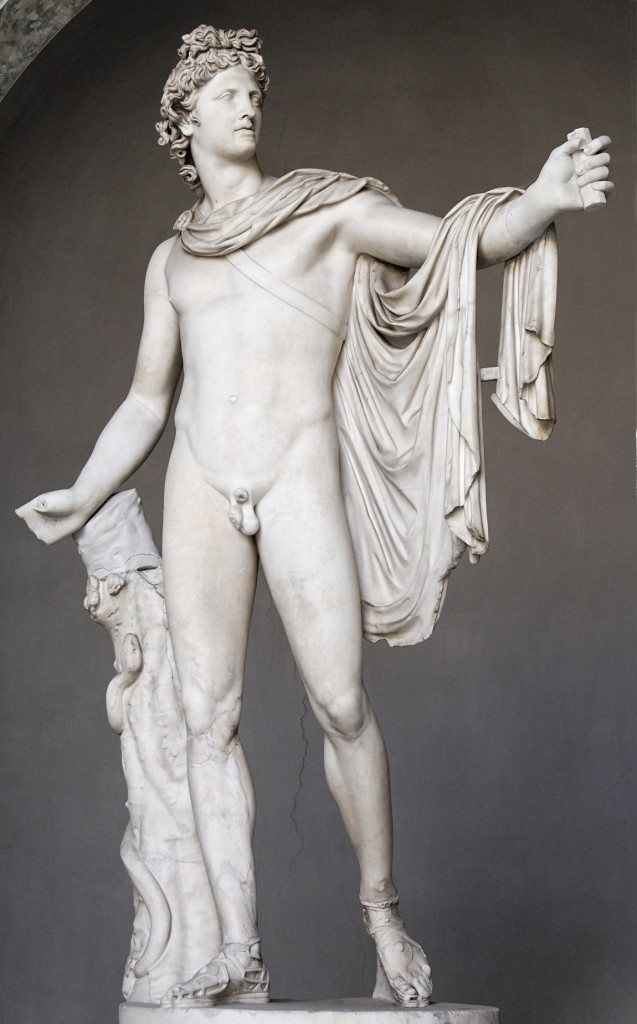 Leonardo da Vinci’s renaissance creation – The Vitruvian Man further stresses on symmetric body and proportions of an ideal man. Leonardo’s emphasis on proportions of a ‘perfect man’ alarmingly objectifies the male body by providing ratios of even length of the hand and position of root of penis! 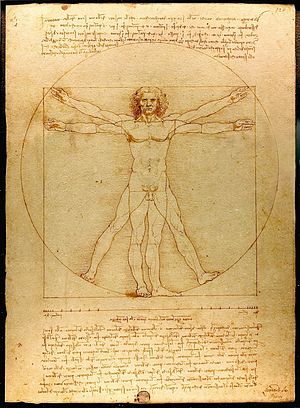 Michaelangelo’s David entered the Western world’s cultural lexicon as synonym for ‘male beauty’. Till date, the statue of David continues to prevail as the single most visible, culturally authorized icon of male beauty. 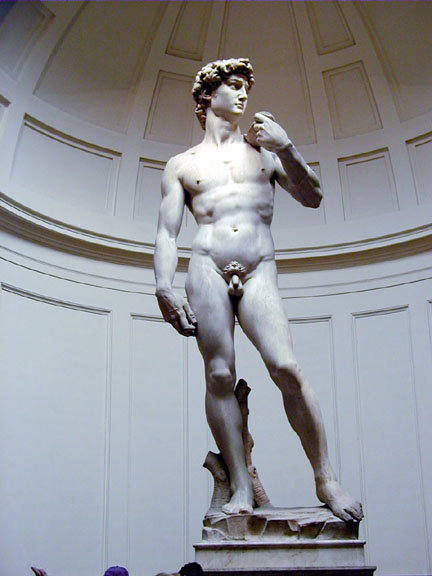 In modern era, there’s less reference to sculptures and artworks and instead mass-media has become one of the largest contributor of manufacturing socio-cultural standards of beauty for men. Movies have become the most influential medium which set the standard for men’s body in modern era. Portrayal of the “alpha male” in form of romantic comedies and action films has firmly stereotyped the muscular body with six-pack abs and strong jaws as the ideal man’s body. Action movies like James Bond, Mission Impossible and Fast & Furious portray muscularity in a positive manner. Conversely, the actors are non-muscular individuals when it comes to comedies like Superbad and The Hangover. Films have normalised the idea that non-muscularity doesn’t fit the hero image. 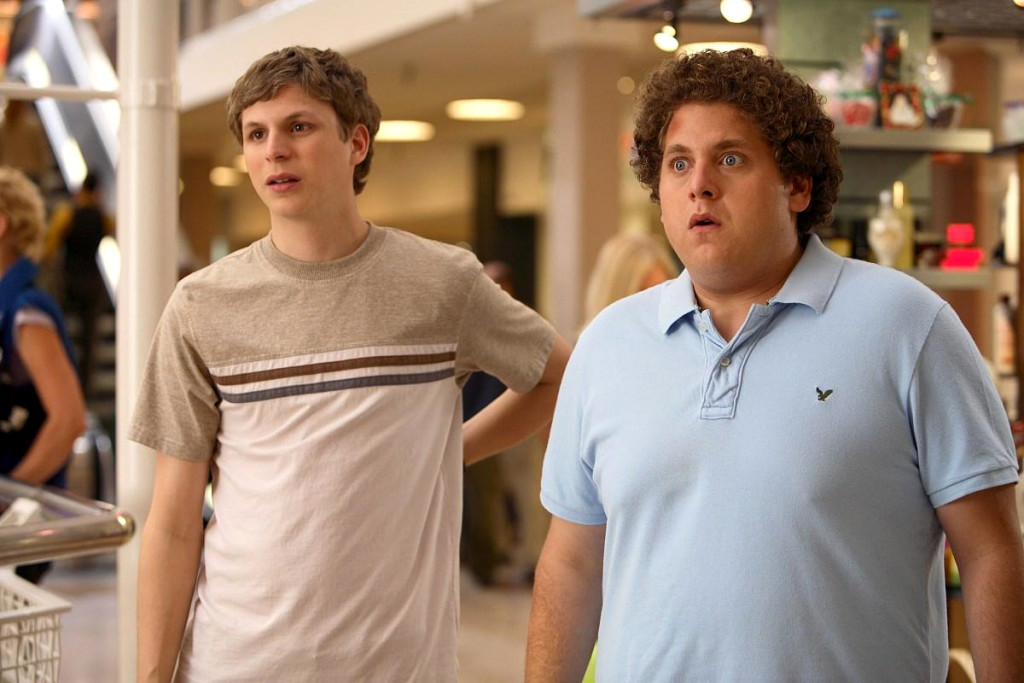 An even more dangerous stereotyping of man’s body can be observed in magazines like Men’s Health. Men’s Health has consistently prescribed the alarming idea that muscular men with ripping abs are the pinnacle of fitness and male beauty. 100% of Men’s Health cover addresses the theme of having a ‘hard body’ thereby creating a compound stereotyped image of masculinity.

Though ancient Greece, Renaissance era and modern day is separated by time, they all share the same stereotyped idea that being male means buff. Art history, literature and mass media have propagated serious body image issues in men. The idea is established that anyone whose body doesn’t comply with the big muscular image is a deviant from attractive. Several researches have revealed that there are serious issues arising from stereotyped identity of men’s body.

STIGMA: Unfortunately, stereotyping the man’s body has promoted the thought that anyone who’s un-muscular is un-manly. Six-packs, big muscular build and strong square jaw are advertised as goals for men. Not meeting the social expectations of being a muscular male may cause mental stigma, low self-esteem and even depression among men. 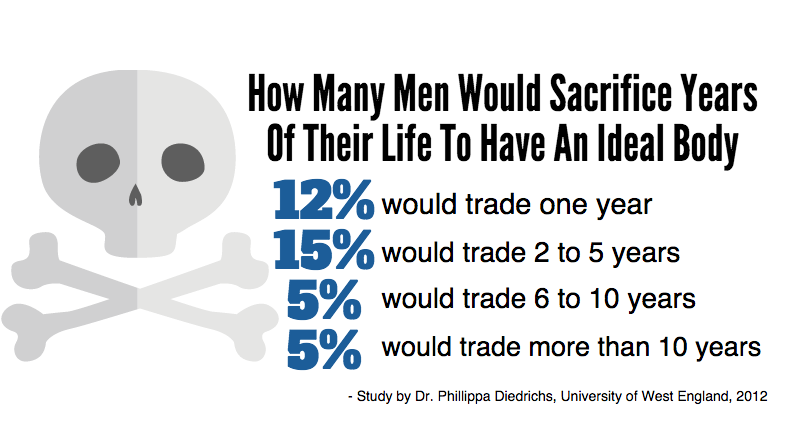 Many men said that they would trade years of their life to have a better physique.

STEROID ABUSE: Researchers have suggested that adolescents of all genders have reported having lowest body satisfaction. Many youngsters try to get rid of body dissatisfaction by using drugs (anabolic steroids). The drug abuse often results in dangerous side effects on an individual’s health. 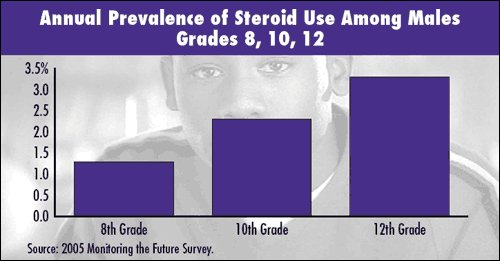 EATING DISORDER: It’s not only women who starve themselves under pressure to achieve the right body shape. Several researches have indicated that plus size men often cope with their body image issues by developing eating disorder(s).

The perception of a perfect male’s body finds its roots in world history. The issues need to be addressed in schools to educate young men that a healthy and beautiful body has more to do than just abs and ripping muscles. For the older generation of men, the mass media should be more inclusive to different body types and encourage body positivity. The stigma relating to male body image could be completely eliminated by an outside force (i.e. a change in social ideology) rather than personal strain (such as using steroids).