We’re talking about Bollywood, where a short & stout Mughal emperor Akbar, in a Filmfare award winning portrayal, is depicted as tall and toned sex symbol. That’s Bollywood for you, an industry known for unnecessarily glamorizing anything and everything. The trailer of Ashutosh Gowarikar’s latest period drama Mohenjo Daro, opens with subtitles, “It’s imperative that I tell you the truth about the past. Or else, the future generations will never know, the truth or goodness, of Mohenjo Daro.” The subtitles were juxtaposed on the visual where Hrithik Roshan, is wearing a bifurcated dhoti trousers and cut & sewn top – garments which never existed in Mohenjo Daro period. “Hello, it’s me,” sings irony.

The costumes are designed by Emmy award winner April Ferry and three-time National award winner Neeta Lulla. The latter designed the breathtaking costumes in Jodhaa Akbar. One can literally learn differences between Rajput & Mughal costumes by watching Jodhaa Akbar and that should explain the quality of Neeta Lulla. So, how did two incredible talents succumb to exotic desi stereotypes and create garments irrelevant to Mohenjo Daro era? Or is the film actually not set in Mohenjo Daro? The trailer says, it’s 2016 BC. It’s a bit worrisome that next time someone Googles “Mohenjo Daro Costumes” for educational purposes, they’ll stumbled upon snapshots from the film!

NO TROUSERS IN MOHENJO DARO

India is a hot and humid nation and due to climatic conditions, both men and women living in Mohenjo Daro simply wrapped a rectangular cloth in lungi style. Bifurcated garments came much later sometime around Kushanas.

Here is one of the earliest documented evidence of trousers in Kushana statue… approx. 2000 years after Indus Valley Civilization. 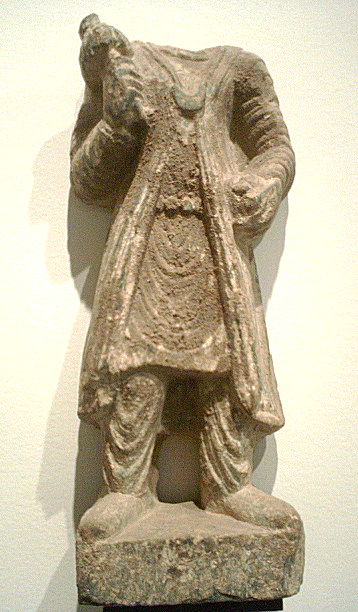 In fact, men and women predominantly left their upper bodies uncovered in Mohenjo Daro era. It was in exceptionally rare occasions, like in cases of royalty, did people wear a robe across the shoulders. Layering different pieces of clothing never happened in the era.

Cut & sewn garments like kurta, jama or trousers didn’t exist in Mohenjo Daro era. People simply draped their garments over the body back then – a custom which evolved to give birth to sari and dhoti. 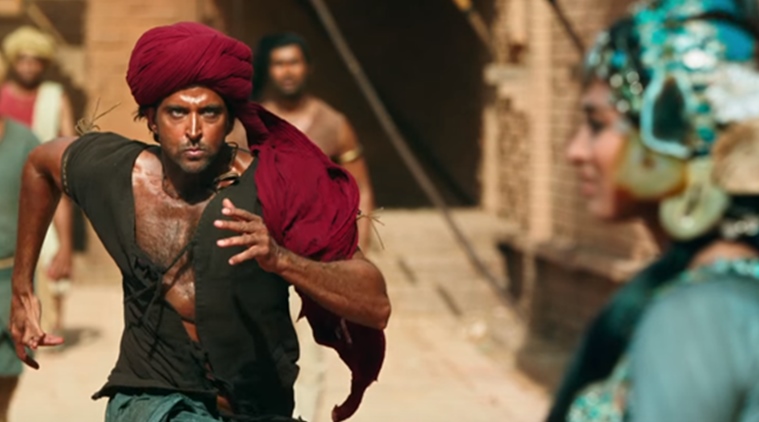 Earliest reference of printed cottons in India comes approximately around 300BC. The ancient art of textile printing was popularized some time roughly around 4th and 5th centuries BC. The elaborately printed turban is a bit way too ahead of time.

Indus Valley Civilization had access to fabric dyes. Although only surviving fragment of coloured cloth is dyed red with madder, historians believed that indigo and turmeric were used too. However, colours like purple didn’t exist in the era. The oldest known pigment of purple was made from mollusc extracted from Mediterranean Sea snail, recorded since 4BC. The colour was so expensive back then that only royal family could afford it – the reason why purple is associated with royalty and luxury. The men in the screenshots have clearly travelled to future and obtained the rich purple fabrics.

In fact, women left their upper body uncovered for the most part of our clothing history. But censor board gives no choice to filmmakers, since Mohenjo Daro customs are unacceptable in modern Indian society. During Mauryan era women still covered their upper body with breastband known as patidhi… but they definitely didn’t wear bra or blouse at least till British Raj happened.

This was the costume in Gupta period (7-8th century)…. 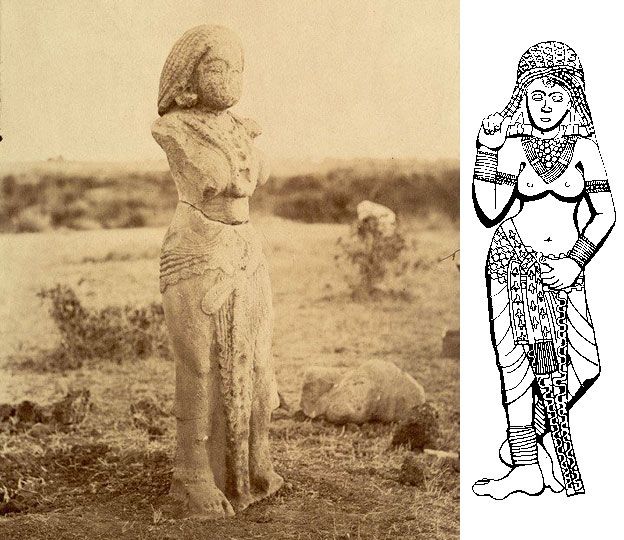 SUPPOSED TO BE UNGENDERED CLOTHING

Back in Indus Valley Civilization, clothing of men and women is supposed to be more similar than different – WRAPPED GARMENTS, DUH!

Though bleaching technique was known to ancient Indians, they mostly used natural bleaching techniques like sun drying etc and not chemicals like chlorine or peroxides. As a result, pristine white clothes never existed in ancient history.

Though this doesn’t exactly come under costume design department but exposes Bollywood’s white skin fetish out in open. Natives of Indus Valley Civilization, often regarded as Dravidians (or proto-Dravidians) by most scholars due to cultural & linguistic similarities, were dark skinned people. Light skinned Indo-Aryan nomads established provinces at modern day Pakistan-Afghan regions only around 1500BC – which also coincidentally marks the end of Indus Valley Civilization. 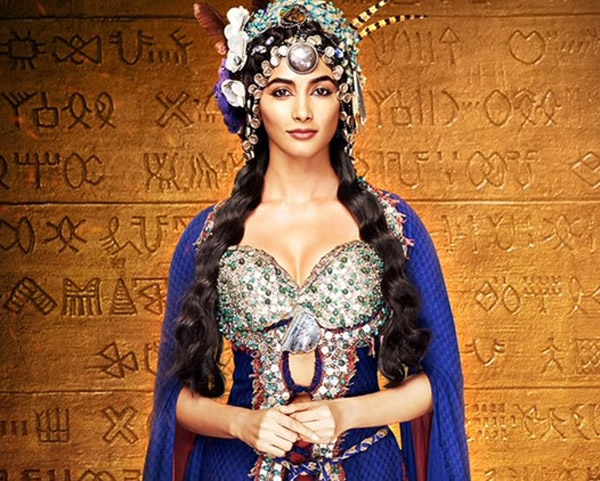 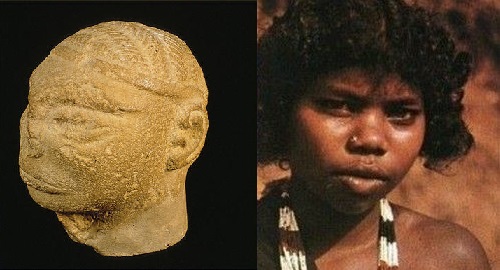 AND THE HORSE DEBATE…

Indus Valley Civilization knows nothing about horse or horse chariots as the animal isn’t native to India. From time to time people have come up with what appear to be the bones of quasihorses, protohorses like the donkey, or the Dawn Horse, or the ass or onager; but horse bones are hard to decipher, and these are much disputed. Wild horses aren’t naturally found in India due to environmental factors. It is widely regarded that horses first came to India after/around 1700BC when Indo-Aryan nomads migrated to India.

Note: Brahminical supremacists claim that Aryans are the original inhabitants of both Harappan & Vedic civilization and they didn’t enter India but they created India. However, archaeological finds, study of linguistic migration, DNA haplogroups and other socio-cultural transitions render that Indo-Aryan group was related only to the Vedic culture and not the preceding Harrapan civilization. The debate is assumed as a tool for Brahminical politics to identify Indian Muslims as foreigner invaders – a POV which would be diluted if Vedic people themselves are nomads who immigrated from foreign lands.