2015 is set for a futuristic upgrade in fashion as Silicon Valley reaches out to style-savvy folks. This year focuses on scrolling, pausing, clicking and upgrading your style.

An individual with sartorial inclination may correlate the glass facades of Silicon Valley to concealing busy people in not-so-exciting clothes that are distantly cut off from the sheen and gloss of fashion. But technology is swiftly reaching out to style-savvy folks to propel the market of wearable technology. Technology firms need fashion to affix ‘wear’ into wearables.

The wearable technology market has hit a high note, with an increase in accessories that are digital imports from Silicon Valley. The launch of Apple’s iWatch was embraced by fashion editors, while Google partnered with fashion designer Diane Von Furstenberg, to design a new range of its eyewear. The rage associated with wearable technology is beyond Google’s Internet-connected eyewear and smart watches like Apple’s iWatch.

Even luxury fashion brands are at last embracing the possibilities of wearable technology. Fashion designers are creating apparels, accessories and fitness ranges that can do everything from supervise your heart rate to charge your smart phone. 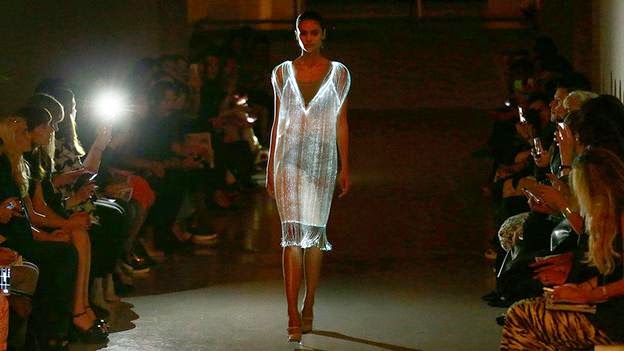 Mophie has launched a futuristic varsity jacket with an inner pocket featuring a portable charging pack that works with both iPhone and Android. A similar technology was adopted by clothing giant Tommy Hilfiger to create Solar Panel Polly Parka. Hilfiger’s solar-powered garment features elegant tartans in the front while the back yoke has little solar panels. 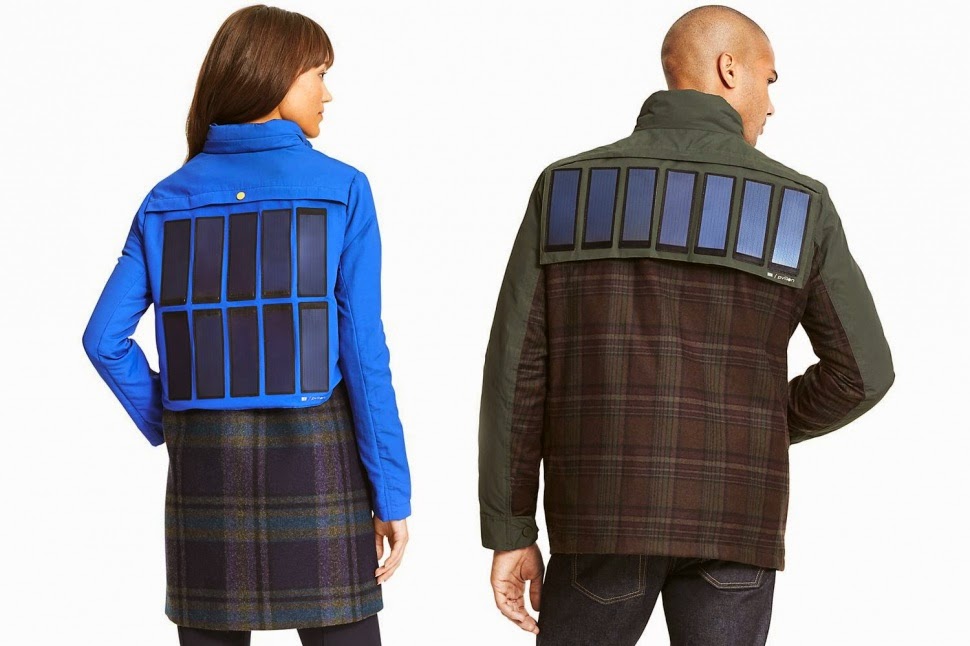 Fashion designer Marc Jacobs teamed with Beats by Dre headphones for his signature label’s Ready-To-Wear show, where the audience donned headphones to listen to the soundtrack. British heritage label Burberry has fully integrated augmented technology in its flagship store, where mirrors become screens showcasing catwalk images. With over 17 million fans on Facebook, Burberry has become one of the first luxury labels to fully embrace technology in fashion, when customers had access to buy clothes online, straight from the live-stream of the runway show.

In a similar concept, Jabong has initiated the Online Fashion Week, where customers can shop online straight from the runway in India. Team India’s 2015 World Cup jersey by Nike incorporates engineered mesh and laser cut technology for enhanced cooling, breathing and ease of movement.

Fashion and technology, traditionally an awkward couple, are aware that the truly successful brands of tomorrow are the ones that not only identify and cope with change but embrace it. They are aware of both the micro and mega changes in the industry and are flexing enough to act on them with conviction.

The resulting paradigm changes have contributed to a futuristic shift in fashion, influenced by electronic, linear, galactic and edgy aesthetics. This year focuses on scrolling, pausing, clicking and upgrading your style. For 2015, sportswear luxe continues to evolve with geometric and sci-fi-inspired patterns. The year also awaits the release of the next instalment of the Star Wars franchise, which has infused the 70s mood into the technological urbanisation theme. Shirt dresses make way for polo collared dresses in the 70s trapeze silhouette, as seen at Alexander Wang, Ralph Lauren and J Crew.

Gingham patterns with a picnic vibe dominated the runway at Diane von Furstenberg, Altuzarra and Oscar de la Renta. Techni-colour hues, as seen at Preen and Pucci, developed new and high-impact visual principles. The year will witness dominance of earthy hues in shades of rust, canary, marigold, amber, oranges and the Pantone colour of the year – Marsala, juxtaposed on dark neutrals to convey natural mysteries from space. In John Galliano’s much anticipated debut for Maison Margiela, the fashion designer used PVC, latex and other synthetic trash to reconstruct haute couture aesthetics. Black and white continue to stay in a combination of textures and patterns, as seen at Thakoon and DKNY. Free, open and liberating lightweight fabrics in subtle colours are combined with quirky pop tones and bold metallics. Key silhouettes like wide-leg culottes, harem pants, palazzos, Japan-influenced kimono style coats and belt dresses in materials such as smooth and glossy leather, opaque plastics, PVC in shiny iridescent and melted metallic hues evoke feelings of robotic life forms. 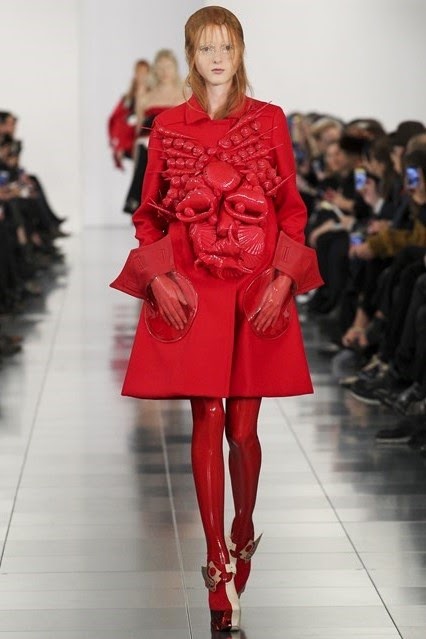 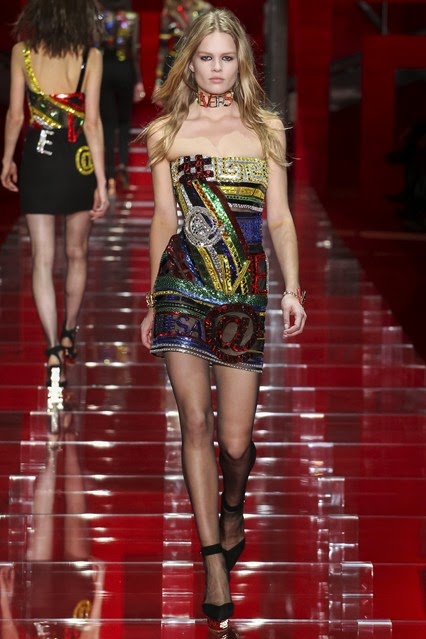 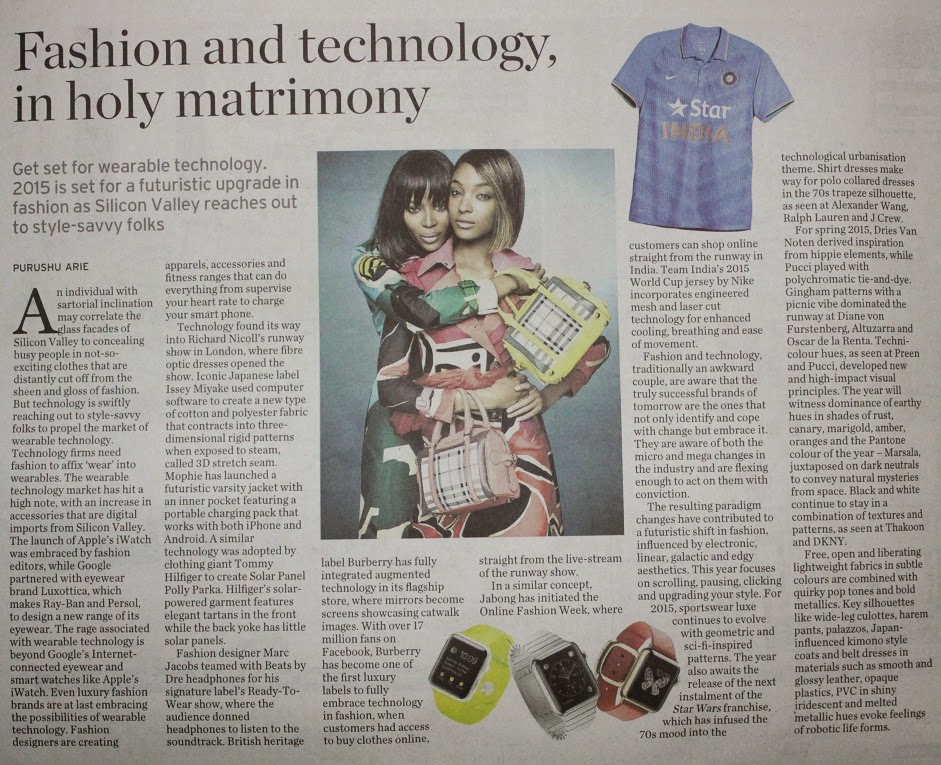 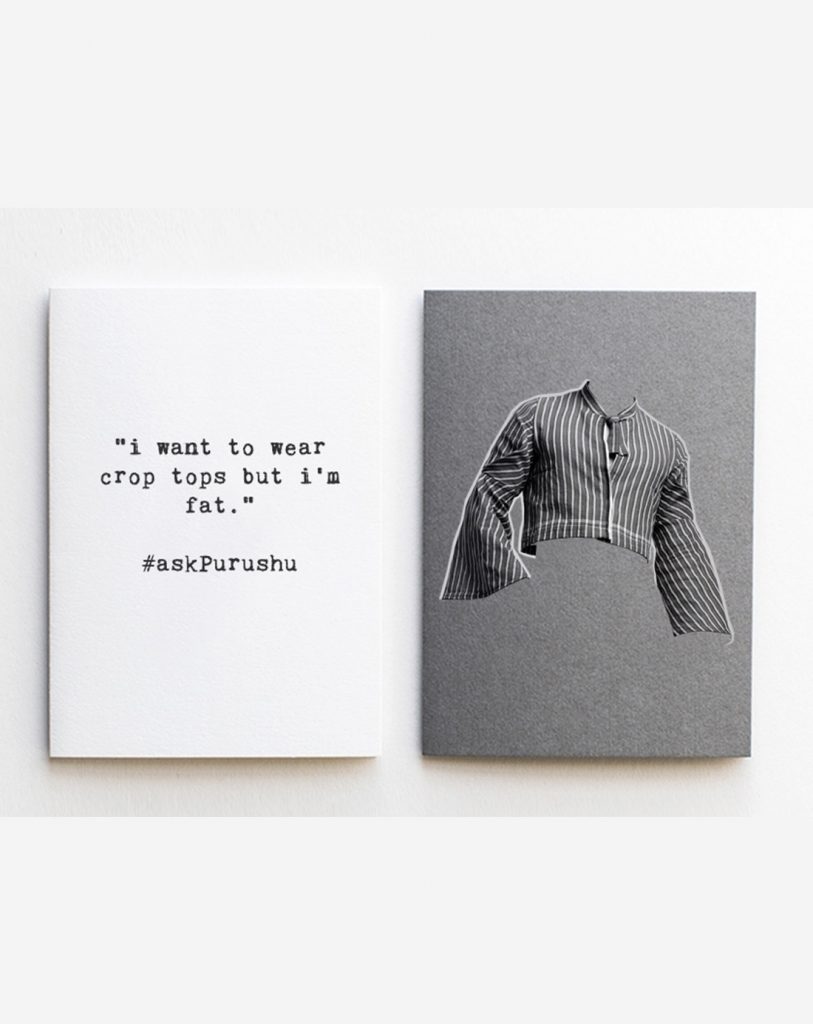 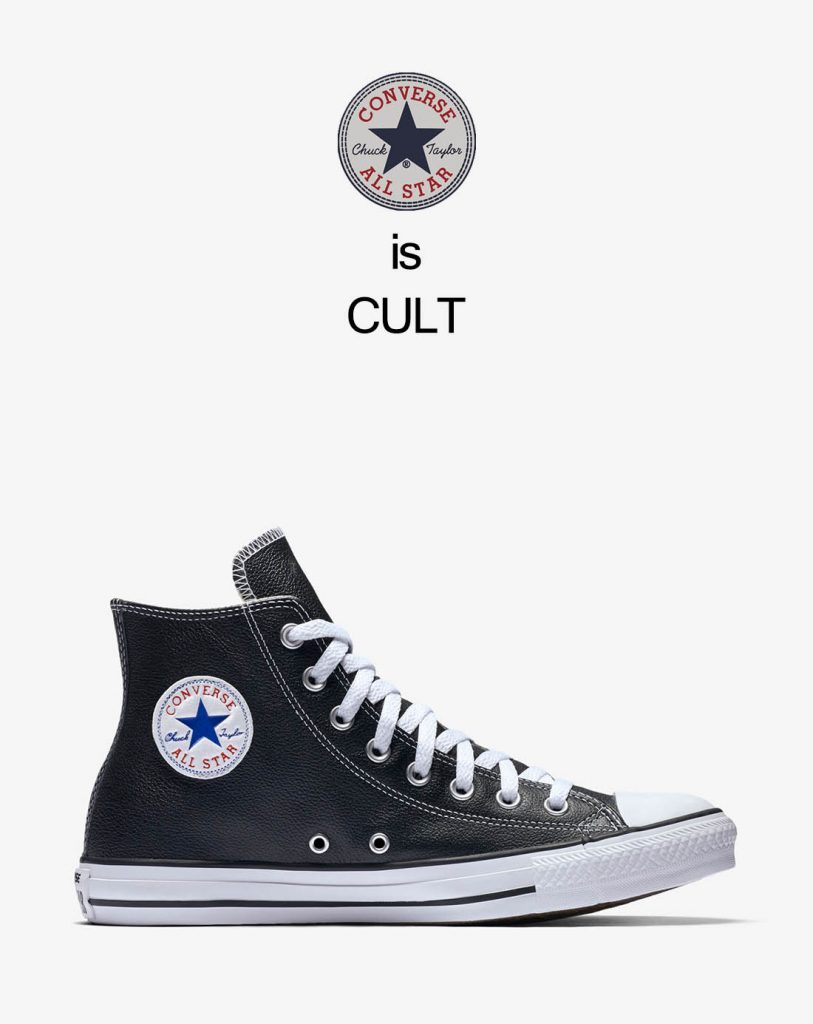